Soaring or Wallowing? It's a Choice 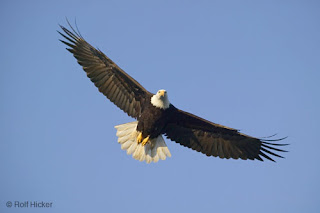 I don't know much about Carl Sandburg, besides that he is a poet, but I sure do like this quote.

I really don't know that much about eagles or hippopotamus..es? (hippopotomii?)  I do now know however (or have learned in the last few moments) that I did not previously know how to spell one hippopotamus, much less the plural form.  Hmmm.....I guess I haven't written much about them before.

But, back to the quote.  I so identify.  I completely understand what Mr. Sandburg means.  However, I think there is another option that he left out- the "eaglpotamus". You will have to use your imagination because google images did not have a picture of this one! But I have one in me which is trying to both soar and wallow AT THE SAME TIME.  Gravity really make this impossible- I mean, think of eagle's wings trying to lift a hippopotamus' behind.  Ain't happenin' sister.

As I pictured the contradiction of the eagle and hippopotamus in my own and apparently Carl's hearts, I began to look at some Scripture a little differently:

II Corinthians 4:17-18
Wallowing hippo: looks at temporal
Soaring eagle:  looks at eternal
Do not lie, to one another, since you laid aside the old self with its evil practices, and have put on the new self who is being renewed to a true knowledge according to the image of the One who created him.
Colossians 3:9-10
Wallowing hippo: puts on old self
Soaring eagle: puts on new self
Why are you in despair, O my soul? And why have you become disturbed with me?
Hope in God, for I shall again praise Him for the help of His presence.
Psalm 42: 5
Wallowing hippo: despairs and is disturbed
Soaring eagle: hopes and praises
Do not be wise in your own eyes; Fear the Lord and turn away from evil.
Proverbs 3:7
Wallowing hippo: thinks he is wise
Soaring eagle: fears the Lord and turns away from evil
But I say, walk by the Spirit, and you will not carry out the desire of the flesh.  For the flesh sets its desire against the Spirit, and the Spirit against the flesh.
Galatians 5:16-17a
Wallowing hippo: walks by the flesh
Soaring eagle:  walks (or flies) by the Spirit
So, it is a choice.
Will I wallow or will I soar?
Yes, I have both the wallower and the soarer inside of me. And there are too many times I choose to wallow instead of soar.
Makes me think of Romans 7:
For that which I am doing, I do not understand; for I am not practicing what I would like to do, but I am doing the very thing I hate.
Romans 7:15
Oh, wretched wallower that I am!
Why would I stay in the mud when I could soar through the skies?
Probably because it takes more effort to soar than wallow.  In fact, that is probably the only thing that wallowing has going for it.  It takes NO effort.  It IS inertia.  It IS the status quo.  It IS staying where you are with no effort to move or grow or change.
But.....
He brought me up out of the pit of destruction, out of the miry clay;
And He set my feet upon a rock making my footsteps firm.
And He put a new song in my mouth, a song of praise to our God;
Many will see and fear,
And will trust in the Lord.
Psalms 40:1-3
Hallelujah!  I don't have to stay in the mud!  And I don't have to pull myself up out of it.
God will BRING ME out of the miry clay!
So the next time you read Isaiah 40:28-31, think of the hippo and the eagle.
Do you not know?
Have you not heard?
The Lord is an eternal God,
the creator of the whole earth.
He does not get tired or weary;
there is no limit to his wisdom.

(Encouragement for the hippo in me:)
He gives strength to those who are tired;
to the ones who lack power, he gives renewed energy.
Even youths get tired and weary;
even strong young men clumsily stumble.
(Encouragement for the eagle in me:)
But those who wait for the Lord’s help find renewed strength;
they rise up as if they had eagles’ wings. 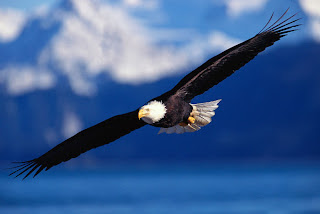