One of the best perks of having been a homeschool mom for the past 20 years is that I learned all sorts of things I never knew before. 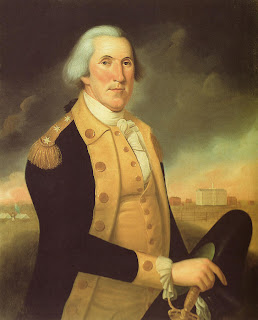 My knowledge of Washington after 12 years of public school and 4 years earning a history degree was as follows:
Impressive amount of knowledge, don't you think?

After diving deep into the waters of our country's founding, time and time again with my different students, I have learned a bit more.

But this time around, going through it again with my youngest group, I discovered some very interesting facts that I had totally missed before.

And because of that there were politicians calling for his resignation.
There were critics that hurled insults.
There were generals underneath him who thought they could do a better job.

And it seems he had nights of deep questioning and severe doubts about what he was doing and why he was doing it.

Listen to this quote:


"I have often thought how much happier I should have been, if instead of accepting of a command under such circumstances, I had taken my musket upon my shoulders and entered the rank, or if I could have justified the measure of posterity, and my own conscience, had retired to the back country, and lived in a wigwam."  ~George Washington


I understand how he felt.
I have thought many times that a "wigwam" in the back country would be a marvelous idea.
Away from the struggles.
Absent of the dissenting voices.
Ignorant of the climatic events that are surrounding me.
Free from the worries of the future.

But just like George, I have no choice but to keep on fighting.
As a woman of honor with a higher calling than myself, I must keep trudging on in the face of apparent defeat, without enough supplies, hearing the nagging voice of doubt ringing in my ears, all the while attempting the look of confidence for those who are following behind me so that they aren't tempted to give up.

So keep fighting. Whatever war or battle or difficulty or obstacle that you are facing, however many times you have already been defeated, however bleak the future appears or hopeless the circumstances seem......keep fighting.

"Let us not become weary in doing good, for at the proper time we will reap a harvest if we do not give up."   Galatians 6:9

Change is the Only Constant!

Our Christmas letter this year went out decidedly AFTER Christmas, but at least it was BEFORE Valentine's Day!  Disclaimer: This letter is about MY family, so I find it fascinating....I don't really assume anyone else will. But I like to write a letter each year to record the ways God is working in each one of us. 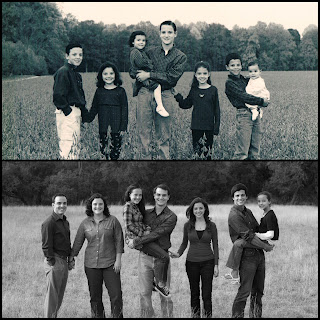 Let the name of God be praised forever and ever, for wisdom and power belong to him.
He changes times and seasons, …He gives wisdom to the wise; he imparts knowledge to those with understanding;...O God of my fathers, I acknowledge and glorify you.
Daniel 2:20-23

On innumerable sappy plaques and countless cheesey coffee mugs is the old saying: Lord grant me the serenity to accept the things I cannot change, the courage to change the things I can, and the wisdom to know the difference.

Change.
There has been much change in our lives over the past year. There has been even more change over the past decade, as our Christmas picture clearly demonstrates! The first picture was taken in Dover, DE in 2002 and the second picture was taken in our front yard in 2012. Yes, there has been a great deal of change.  Babies became children, children became teenagers, and teenagers became adults. And all in the blink of an eye, or so it seems.
Change can be unsettling but it is also inevitable, as well as necessary, as we are molded more and more into the people God desires us to be. When we were young, we thought the molding process would have been done by now. We assumed 5 decades were long enough for God to work on us! But we can attest that God never stops working on His children, and that may be the main reason we take the time every year to sit down and recall some of the things God has done in our lives…because we want to give Him His due. Now, our letter is late again, because some things never change, but here is our best effort at sharing some of the things God has done!

And there you have it- another year of revisions, adjustments, corrections, refinement, modifications, and well, in a word, CHANGE!  Yes, we have changed. But the good news is that God, in Whose hands our lives and our futures rest, has said, “For I am the LORD, I do not change” (Malachi 3:6) How grateful we are that His is a God that “is the same yesterday, today, and forever.” (Hebrews 13:8). What an amazing gift that this infinite, eternal God desires and seeks relationship with us!

The Macias Family prays that you are blessed this year with the presence, the reality, and the assurance of the love that the never-changing God of the universe has for each of you. 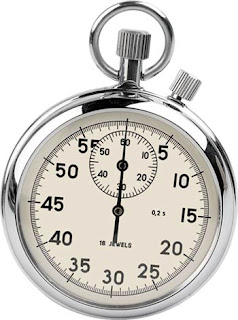 So what is the grace period on "New" Year's resolutions? Or in other words, how long is the New Year new?

I have felt resistance to resolutions this year. I was fine with carefully avoiding them up to now, but somehow I feel I let a ball drop or have a task undone. And I hate feeling like I left a task undone.

But I have come up with a new idea for this year.
I had already decided to make this the year of living "right now" in the life I have.

So why not make my resolutions "Right Now" resolutions?
Instead of deciding on something big I will need a long time to accomplish, like losing ten pounds, or running a 10K, or writing my first novel,...instead I will resolve on something I can do in the next 5 minutes.

I will show God's grace toward the slow cashier.
I will appropriate Christ's long-suffering toward the guy in the big truck who just cut me off.
I will follow Jesus' example of long-suffering by listening intently to the long, drawn out description being given to me by my 10 year old when what I really want to do is spend a few mindless minutes on Facebook.
I will return evil for good.
I will remember that love endures all things.
I will give a gentle answer so that wrath will be turned away.
I will lay down my life for my friend.

At least for the next five minutes.
Because I cannot really be that good for an entire day.
And for a whole week?
Yeah, not so much.

I don't need to look at my entire day, or week, or month, or year, and try to figure out how to get enough of God's grace to get me through all the trials and temptations. That simply overwhelms me.

So my goal- to just keep living for Jesus five minutes at a time, for a whole year.

Jesus, let's do this thing. Because I can't do it without You- not even for five minutes.