It is almost Thanksgiving!
My FAVORITE holiday!!!!
No presents. Lots of family. And the best food EVER! 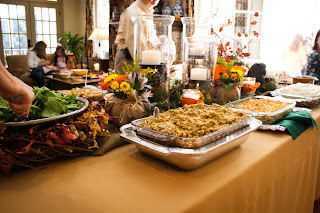 But possibly my favorite thing about my favorite-est of holidays is the emphasis: thankfulness.

Because if we don't REMEMBER to be thankful people, we quickly devolve into becoming complainers, and comparers, and unsatisfied, unhappy wanters of something more.

Which must be why God repeatedly tells us so often to REMEMBER:
-God tells the Israelites, as they wander through the dessert and begin to complain, to remember how God did miraculous things for them with Pharaoh. (Ps. 106:7)
-He set up the rainbow as a constant visual reminder of His faithfulness. (Gen 9:16)
-God calls us to remember that His promises are generational and eternal (I Ch 16:15)
And those are just a few examples.

And if we forget.....we can NEVER be thankful! For it is in the remembering and recalling and recognizing and reminiscing and recollecting that we can begin to scratch the surface of the magnitude of all that God has done for us. And once that magnitude dawns upon us, we have no choice but to sing forth the praises to the One Who deserves that praise more than anything.

Remember. And then BE THANKFUL! Give Thanks! Over and over again.

Email ThisBlogThis!Share to TwitterShare to FacebookShare to Pinterest
Labels: thankful

Are You a Veteran? 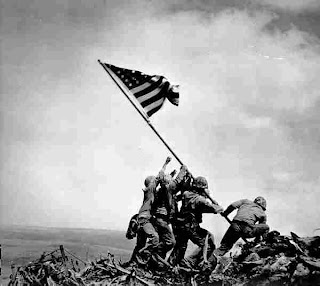 Along with Christmas, July the 4th, and New Years, it is one of the few holidays that is always on the same date. No matter what day of the week it falls on, it is always the 11th...not on the Monday that is closest so that we can all have a three day weekend.

That war lasted for over 4 years, wounded 19.7 million soldiers, and killed 9.7 million men from all over the world.

The devastating effects of this destructive war are almost unimaginable as new technology exploded into a increased ability for man to kill and maim each other with greater force.

So Veteran's Day, November 11th, marks the end of the "war to end all wars"- which is a war that did not end anything- it began a century of warfare.

But we mark the day, not for the end of war, but for the incredible bravery in the face of fear that every soldier exhibits as they fight for their country. In the United States we mark this day because we realize that as awful and horrific as war was and is, if it weren't for the actions of our brave soldiers through two centuries, we would not have the freedoms that we still have left to enjoy.

In church yesterday there was a moment when all the veterans stood up- the men and women who have served, who were available for battle, or who participated in battle.

I felt appreciation as my husband and many others who have served stood up.

But being in church, the thought struck me, aren't all Believers soldiers?
However, no matter how old or tired or wounded we are, we are never Veterans, because there is no retiring in God's army.
-Our war has never ended either.
-Technology has also magnified and multiplied the ability of the enemy to wage war (and has done the same for our ability to wage war if we use it wisely.)
-Many in the church are constantly seeking to make peace with the enemy, desiring to never have war again. But the battle rages on.
-We have only one choice- engage in the battle or hide from it.

Will you hide from the battle?
Or will you engage?
Because we have an enemy. He is not political. He is not human. But he is behind every scheme that puts God down and every attempt to shut the church of Jesus out of the process.

For us, the soldiers of the Lord, we will have a Veteran's Day someday. But we won't celebrate it until we are in Eternity.

Psalm 18:29-50
With your help I can advance against a troop; with my God I can scale a wall.
As for God, his way is perfect: The Lord’s word is flawless; he shields all who take refuge in him.
For who is God besides the Lord? And who is the Rock except our God?
It is God who arms me with strength and keeps my way secure.
He makes my feet like the feet of a deer; he causes me to stand on the heights.
He trains my hands for battle; my arms can bend a bow of bronze.
You make your saving help my shield, and your right hand sustains me; your help has made me great.
You provide a broad path for my feet, so that my ankles do not give way.
I pursued my enemies and overtook them; I did not turn back till they were destroyed.
I crushed them so that they could not rise; they fell beneath my feet.
You armed me with strength for battle; you humbled my adversaries before me.
You made my enemies turn their backs in flight, and I destroyed my foes.
They cried for help, but there was no one to save them — to the Lord, but he did not answer.
I beat them as fine as windblown dust; I trampled them like mud in the streets.
You have delivered me from the attacks of the people; you have made me the head of nations. People I did not know now serve me, foreigners cower before me; as soon as they hear of me, they obey me.
They all lose heart; they come trembling from their strongholds.
The Lord lives! Praise be to my Rock! Exalted be God my Savior!
He is the God who avenges me, who subdues nations under me,
who saves me from my enemies. You exalted me above my foes; from a violent man you rescued me.
Therefore I will praise you, Lord, among the nations; I will sing the praises of your name.
He gives his king great victories; he shows unfailing love to his anointed, to David and to his descendants forever.

Riding Out the Storm~ Part Three. 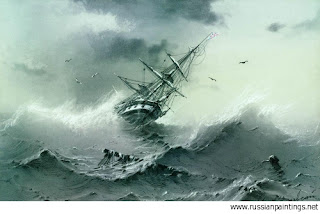 The storms of life.
They come to everyone.
No one is immune.

In a Psalm that is about to account for some of the worst difficulties in our lives, the psalmist begins with God! Is! Good! And then he goes on to say, "For His lovingkindness is everlasting."

That is the foundation: God is good and His love for us NEVER runs out!

~vs. 23-25a: Those who go down to the sea in ships, who do business on great waters; They have seen the works of the Lord, and His wonders in the deep. For He spoke and raised up a stormy wind.

~vs. 25b-27: which lifted up the waves of the sea. They rose up to the heavens, they went down to the depths; their souls melted away in their misery. They reeled and staggered like a drunken man, and were at their wits' end.

~vs. 28a: Then they cried to the Lord in their trouble.

~ vs. 28b-29: And He brought them out of their distresses. He caused the storm to be still, so that the waves of the sea were hushed.

~ vs. 30: Then they were glad because they were quiet; so He guided them to their desired haven.

~ vs. 31-32: Let them give thanks to the Lord for His lovingkindness, and for His wonders to the sons of men! Let them extol Him also in the congregation of the people, and praise Him at the seat of the elders.

Storms are not the only difficulty that Psalm 107 speaks of God working in and through.
His mighty hand is working constantly in our lives.
But just think about it: WE WOULD HAVE NEVER SEEN HIS MIGHTY HAND if it were not for the storm (or the enemy, or the want, or the distress, or the illness.)

And when the storm clouds gather on the horizon and the waves begin to pitch and roll and the footing is unsecure and there is nothing you can do but hang on and cry out to the Lord.....
.....yes, ESPECIALLY THEN, God! Is! God!!!!!
And His lovingkindness is everlasting!