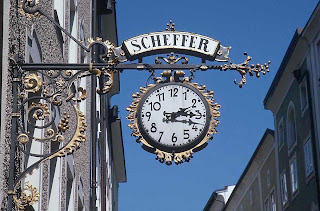 Every now and then an old hymn is part of our praise singing at church.

I love the oldies. There is such richness in the words. There is often a vibrant, poetical style as a saint of old tried to capture a measure of the eternal in the transient vapor of earthly words.

A few weeks ago we sang "I Need Thee Every Hour", a hymn written in 1872 by Mrs. Annie Hawks. As we first began to sing I was lulled by the familiarity and nostalgia of the tune and cadence of the words.

But then something happened...an understanding dawned.

I need Thee EVERY hour. Every. Single. One.

In the hour that I wake up and struggle between the desire to tunnel down into the covers and the need to get up so I have time in the Word before the masses wake up...I need Thee in that hour.

Next, in the hour that we are rushing out the door, and we are almost late, and someone has to run in for one. more. thing....I need Thee in that hour.

Then, in the hour when I am on the road, behind the truck that is perfectly content going 15 miles an hour slower than is allowed, and there is no place to pass, and I am on the verge of being late....I need Thee in that hour.

And when, in the course of the day frustrations come, and disappointments, and roadblocks, and difficulties, and impediments....I need Thee in every single one of those hours.

In the hour when I am choosing a line to check out at the grocery store, and I choose the slow one....AGAIN!, and I am tempted to grump at the check-out person for being so slow, and sigh and complain, and let everyone know how irritating this is.....I need Thee in that hour.

Later, in the hour when I have to choose between the really choice retort that is ready to leap off my tongue and the gentle answer that the Spirit is prompting me to give....I need Thee in that hour.

And finally, in the hour I am readying for bed, and I look back on my day and wonder if I have done ANYTHING of eternal value, and regret my bad choices, and feel despair and condemnation creeping into my heart....I need Thee in that hour.

I need Thee EVERY hour.
Every hour I described, and every hour inbetween.


What hour do you most need the Lord?
Describe it in the comment box.
Aren't you glad He is there for us when we need Him most?
Posted by Mom of 7 at 5:16 AM No comments:

I Don't Know Anything

I remember being young and confident and self-assured and certain that my generation could change the world.

I remember being convinced that justice would win out in the end and that making the right choices would be rewarded and that honesty would triumph.

I remember believing that good actions would be acknowledged and that teaching children the right thing when they were young would guarantee their success and that eating well, juicing, and not being immunized would keep us from getting sick.

I used to know a lot more than I do now.

Now? Now, I don' know anything.

I have watched young people who have been taught about covenant marriage their whole life, who have avoided the dating trap, who have had lovely, God-glorifying weddings, and who have in a very short time abandoned their spouse, their families, and their God.

I have seen men take their family to church, homeschool their children, and tell others about the Lord and who have then abandoned their wives and children for a younger woman.

I have observed Christians double-deal in business and been successful while men who have stood by principles and dealt honestly but have lost everything.

I also know this:

"I know that my Redeemer lives,
and at the last He will take His stand on the earth."
Job 19:25

Additionally, there is this:

"I know whom I have believed and I am convinced
that He is able to guard what I have entrusted
to Him until that day."
II Tim. 1:12

So maybe I know something after all.
Maybe in the end, what has really happened is that all the temporary, fleshy bits of non-eternal, which is where I had expected to see the results, were just the moanings and groanings of a world gone terribly wrong.
But it was never about the results.
It was never about what I could see with my temporal eyes.

My confidence should never have been in anything but God.

And from now on, this is my pledge:
I am determined to know nothing among you
except Jesus Christ, and Him crucified."
I Cor. 2:2
Posted by Mom of 7 at 8:01 AM No comments:

It's The Obedience, Stupid

Back when Bill Clinton was running for president, James Carville coined the phrase for the emphasis of the campaign, "It's the economy, stupid." Because, apparently, at the end of the day most people vote for their pocket book above every other consideration.

So what is my trump card?
What is the deciding factor for me to decide what to do, which to choose, why to move, or where to go?

Really? Do I believe that really?

The answer is no, I don't. There are too many Biblical and historical examples of making the right choice that leads to a bad result.

Abraham obeys God, leaves his home in faith, and wanders, waiting for the fulfillment of the promise, but doesn't see it for 60 years.
David was chosen by God to be king but then hunted relentlessly by Saul for 13 years.
Daniel lives faithfully yet is taken captive, forced to live in a pagan culture, and eventually thrown in the lions den.
Noah, following God's blueprint, builds a huge boat, far from water, to prepare for a cataclysmic storm when there is not a cloud in the sky. And is ridiculed by his neighbors for decades.

It was the obedience.


"Certainly, obedience is better than sacrifice;
paying attention is better than the fat of rams."
I Sam 15:22
Posted by Mom of 7 at 12:39 PM No comments: